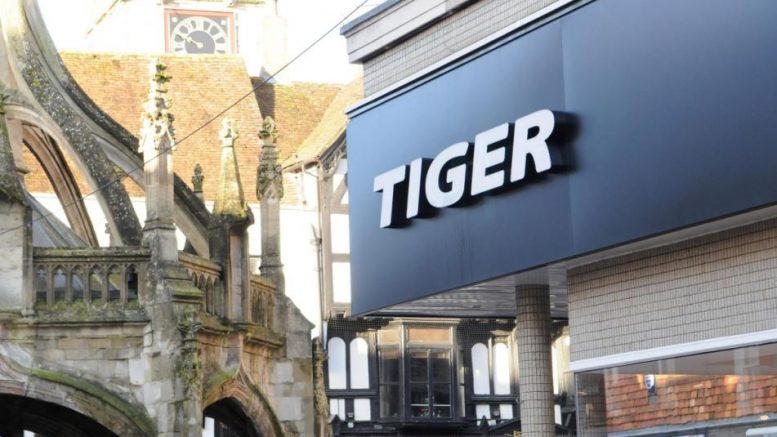 ANOTHER retail store in the city centre has just announced it is due to close soon.

Danish homewares chain Tiger, located on the corner of Butcher Row, has posted a closing-down poster in the window stating ‘It’s time to say goodbye, Salisbury.’

It will close just before Christmas.

Senior sales assistant Jess Clark said: “The staff were told yesterday. It is such a shame. We have such a loyal customer base, and we were doing well.”

“The rent and the lease are too expensive, and the shop is just not viable.”

Managing director Mike Burke said: “We can confirm that our Salisbury store will close on December 24. As a global retailer, we constantly assess our store portfolio and adjust accordingly, which means both store openings in new locations and store closures from time to time.

“We have enjoyed our many years in Salisbury and would like to thank our customers for shopping with us and hope to see them again in one of our other locations.”

The shop was controversial when it opened, in December 2015.

The company was refused permission for its illuminated sign – which is made up of internally-lit three-dimensional letters, and was told it was spoiling the historic character of the area.

The shop, which opened in December, tried to get planning consent for the sign after it had already been installed, but council conservation officers recommended that permission be refused, saying that while the shop itself was not a listed building, those around it were.

They warned that the sign was “uncharacteristic of historic buildings and historic environments”, especially with Tiger surrounded by the Poultry Cross and buildings such as the Haunch of Venison.

It will close for good on Saturday, December 24.