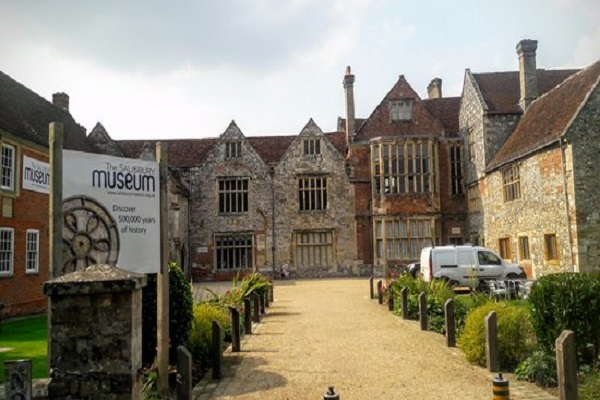 Salisbury Museum is situated in the medieval King’s House, within the glorious setting of the Cathedral Close. The museum has fantastic collections, events and exhibitions year round.

The King’s House is a Grade I listed building, the history of which stretches back to the 13th Century. It formerly housed a teacher training college and was the inspiration for an episode in Thomas Hardy’s novel Jude the Obscure.

The main strength of the Museum rests in its archaeological collections: these include prehistoric material from South Wiltshire, including Stonehenge; the Pitt Rivers' Wessex collection; and a fine medieval collection including finds from Old Sarum, Clarendon Palace and the city itself. In addition we have fascinating displays of costume and ceramics, and regular temporary exhibitions.

The Museum is a limited liability company (no. 1826436) and a registered charity (no. 289850). It is Accredited by the Arts Council (no. 878). Its archaeological collections in particular are of national significance and they received Department for Culture, Media and Sport Designated status in 1998.

Salisbury Museum receives some funding from Wiltshire Council, but most of our income derives from a variety of other sources including admission charges, membership, donations and legacies.