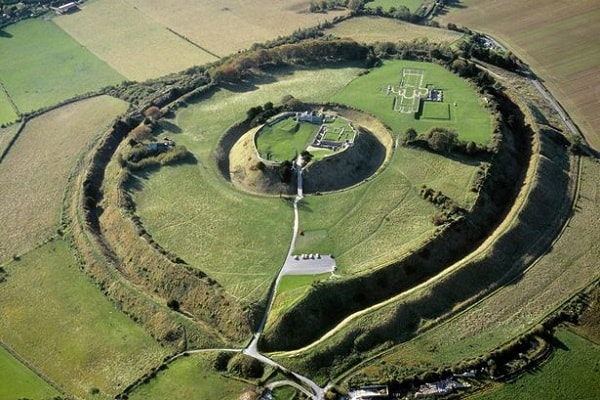 Climb the mighty ramparts for views over the Wiltshire plains and imagine the once thriving town of Old Sarum. Stand in the footprint of Salisbury's original cathedral, conquer the royal castle which stood high on the motte, and discover the awe-inspiring Iron Age hill fort where it all began.

Unearth over 2,000 years of history and find out how the Romans, Normans and Saxons have all left their mark on this impressive landscape. Old Sarum is one of the most enthralling and historically important sites in southern England. Uniquely, it combines a royal castle and cathedral within an Iron Age fortification, and for 150 years was a major centre of both secular and ecclesiastical government.

Neither castle nor cathedral was occupied for long: in 1226 the cathedral was moved to Salisbury, although the castle remained an administrative centre into the 14th century. Old Sarum lived on, however, as a notorious ‘rotten borough’ which continued to elect members of Parliament until 1832.