Wiltshire Police are renewing their witness appeal after a group of men broke into a Salisbury Co-op and petrol station.

The group is linked with series of burglaries that took place across Wiltshire, Hampshire and Avon and Somerset, overnight between Thursday December 30 and Friday December 31, 2021. 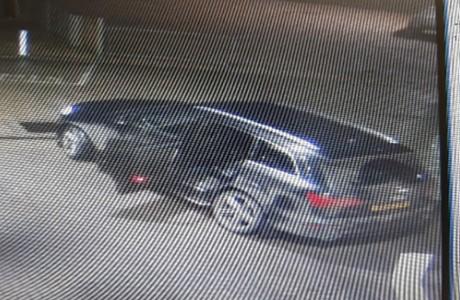 The targeted the Co-Op convenience store in Downton and the BP Garage at Landford less than an hour later, during which cigarettes and tills were stolen.

The suspects wore balaclavas and face coverings and travelled between locations in a stolen Audi Q7.

They are thought to have stopped for fuel in Hampshire or Wiltshire between 11pm on December 30 and 4am the following morning.

At 3.40am, four men used a sledgehammer to break into the Co-Op store in The Borough, Downton, before stealing tills and cigarettes.

The same group then targeted the BP Service Station at Landford at about 4.20am, and used crowbars to prise open the door before stealing cigarettes, a till and other items from the premises.

The suspects are all described as having a stocky build and wearing dark clothing.

If you may have seen this vehicle in a fuel station or served the suspects as seen in the CCTV images, please call the police on 101, quoting log number: 54210126738.

DC Ben Brewster said: “We would like to hear from anyone who may have witnessed the incidents or who may have recorded dash cam footage of a black Audi Q7 around the times of the burglaries.

“The roads would have been relatively quiet at that time so it’s likely that this distinctive vehicle may have caught your attention. Please contact us if you can help.”

“There’s a bit of madness in me,” the 73-year-old explained, adding that he also ran a marathon last year. Salisbury Journal | News …

A new mayor for Salisbury has been elected in a ceremony today. Salisbury Journal | News …

Those surrendering firearms will not face prosecution for illegal possession and can remain anonymous. Salisbury Journal | News …

Rising petrol prices, the cost of imports, and the competition are concerns raised by Salisbury market traders. Salisbury Journal | News …

Part of Devizes Road has closed for more than a week – here’s why. Salisbury Journal | News …