Discontent is growing over the way the second lockdown is being handled, with one furloughed worker saying “it’s a free for all”.

Compared to the first lockdown, more shops and services have remained open and businesses that are still trading are selling essentials as well as their normal stock.

On Thursday, the owner of The Swan at Stoford criticised the government for forcing pubs to close while allowing other firms to remain open.

Since then, more businesses and workers have spoken out to express similar frustrations.

‘No one seems to be taking it seriously’

Jon Notley, 39, head chef at The Rose & Crown, says the hospitality industry has been dealt “a really bad hand”.

He said: “The first lockdown it was like everything is shut, it was like a lockdown but this one is a free for all.

“Everything is open or at least it seems that way.

“No-one seems to be taking it seriously.”

For the father-of-three, the main concern is whether he will still have a job once the restrictions are lifted.

“We’ve lost a heck of a lot of money.

“Christmas is a massive time for us but we’ve had lots of people cancelling because of the rule of six.

“A lot of weddings have been moved to summer next year and the year after that so we’re not going to have a huge amount of business until May.”

‘This is not a lockdown’

Tommy Roberts, manager of Salisbury’s The Cathedral Hotel, shares similar views, having previously spoken out about his doubts on harsher restrictions on the hospitality sector.

“This is not a lockdown, it’s a lockdown for the hospitality and retail,” he said.

“As an industry, we had to jump through so many hoops, we’ve adapted two or three times – face masks, curfew, Track and Trace, lots of staff doing regular cleaning.

“We don’t mind doing that but if we’re going into lockdown it should be a lockdown.”

Focus should be on saving Christmas

On Thursday, reports in the national press hinted at a possible return of the Eat Out to Help Out scheme after Chancellor Rishi Sunak chose to not rule out the implementation of another policy to boost the economy.

In the summer, the Government subsidised meals to encourage people to go out and support restaurants, pubs and cafes. 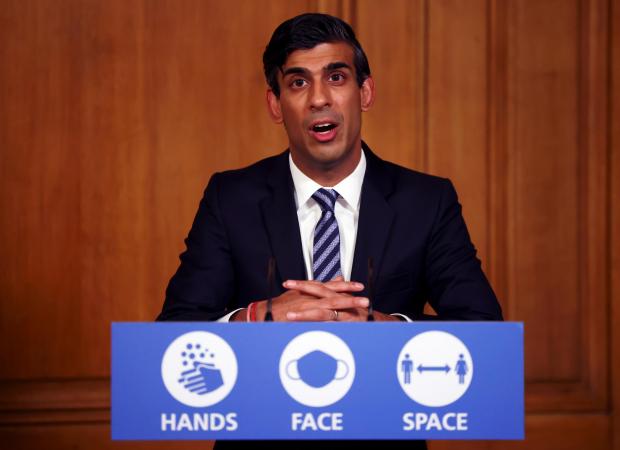 However, Mr Roberts thinks a move like this would be “a double edge sword” in the winter, due to the negative bad press it might get if infections were to rise again.

He said: “For me [Eat Out to Help Out] is great because it gives customers more money to spend, it gives businesses more customers to serve and it gets people out and about.

“But one minute they’re pulling people into pubs, restaurants and cafes and the next minute we’re being curfewed and we’re closing down again.

“I think the focus should be on Christmas, let’s get behind Christmas and create that feel good feeling.”

Businesses that had to shut because of the lockdown are eligible for one-off grants of up to £3,000.

However, there are fears the government support isn’t “anywhere near enough” to compensate for loss of income.