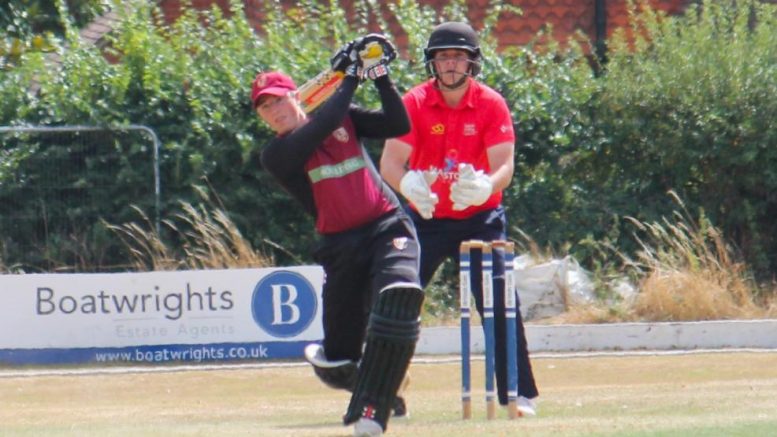 But time is running out as South Wilts, who had lost their previous three matches, have only two games left to claw back the 15-point deficit that separates them from leaders St Cross Symondians.

“That effectively means either Bournemouth or Bashley beating St Cross in the last fortnight of the season and us winning at Havant and then beating Burridge on the last day of the season,” explained Ben Draper, the South Wilts skipper.

“Those are two tricky games for St Cross, but Havant away will be a hard one for us too. Burridge are ending the season strongly.

“Results can still go our way, so we’ve not given up the ghost by any means.”

Morton’s 124, which contained three sixes and 12 fours, took his SPL run tally for the season to 993, just seven short of the magical 1,000 which he will expect to bring up at Havant Park on Saturday.

He dominated an 83-run start with Jack Stearman (24) as rookie Totton seamers Sam Beer and Tom Varney were simply blitzed out of the attack.

Morton then added 42 with Peter Rowe before a 115-run stand for the fourth wicket with Draper (102no) pointed South Wilts towards a formidable 309-7, the captain/keeper hitting two sixes and 15 fours in his second hundred of the season.

Joe Bracey (4-72) and Brighton Mugochi (3-46) toiled away for Totton, who set a blistering pace after tea, with Bothwell Chapungu blasting a six and 15 fours in a rapid 84.

Oliver Hemsley, an all-rounder who joined Totton from Littlehampton in June, hit an unbeaten 30 as Totton closed with a creditable 294-6, just 15 runs short.

• SOUTH Wilts have an Ageas Bowl cup final date to look forward to next month after thrashing Sparsholt by 10 wickets in the SPL Plate semi-final.