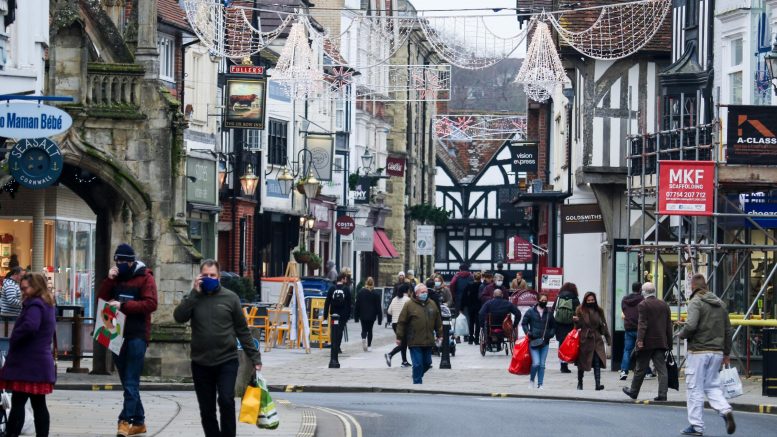 MENTAL health struggles, climate change and a lack of opportunities for young people are just some of the current key issues identified in Salisbury.

Despite this, one councillor said that the effort to tackle climate change had “come an awful long way” since the climate emergency was first announced.

Along with five other areas, the city-wide issues are now to be investigated by the Salisbury area board, working with groups across the city.

Heard during an area board meeting in January, community engagement manager Marc Read presented councillors with the Salisbury Community Area Status report, which highlighted the current areas that needed development in the city.

These emerging themes were based on data generated as part of the joint strategic needs assessment (JSNA) last year, combined with conversations with the city council, partners and other organisations in Salisbury.

Marc described these areas as “themes coming through strongest at the moment”.

He added that highlighting these themes will “help us, as the area board, make decisions about where we are best investing our funding going forward, supporting projects that are relevant and at the needs of people who are living in Salisbury”.

The research determining these outcomes was released at the beginning of last year, but further progression of the report was halted when the Covid-19 pandemic began.

Connecting the findings of JSNA with talking to residents, Marc told councillors these eight themes are “a picture of where we’re at and what we’re doing”, and also demonstrated the impact of the Covid-19 crisis.

He reminded councillors however that the Salisbury Community Area Status Report is “not set in stone”, but it can now be discussed at future area board meetings, addressing how the body can help with local recovery.

Referring to the climate change topic, Councillor Sven Hocking said: “I think both [Wiltshire and Salisbury] councils have come an awful long way from where we were about a year ago to where we are now, and I think it’s really important that we actually get out there and shout out from the rooftops some of the stuff we’ve actually done.”

In response Cllr John Walsh said: “I’m afraid to say I did quietly think to myself that the area board chairman [Cllr Atiqul Hoque] and the area board vice chairman [Cllr Hocking] both found themselves unable to vote for the friendly streets project, which is a major step forward in trying to reduce carbon and all other aspects.

“I will keep my peace because of course in May there’s going to be a change of council.”

What will the area board do next?

It was approved that the area board produces a rolling action plan to tackle the more problematic areas, and prioritises resources and funding to tie in with the current issues.

Backing the idea that grant funding could be tailored to the emerging themes, Cllr Mary Douglas said: “I really welcome the opportunity to make informed and intentional decisions in terms of grant funding.

“We’ve discussed that as an area board, on several occasions we feel slightly at the mercy of whoever asks us for money, we have to have a good reason to say no, rather than thinking what do we want to see done and seeking [relevant] bids.”

Cllr Douglas also pointed out that some of the identified issues could be interconnected, for example combining apprenticeships with environmental action.